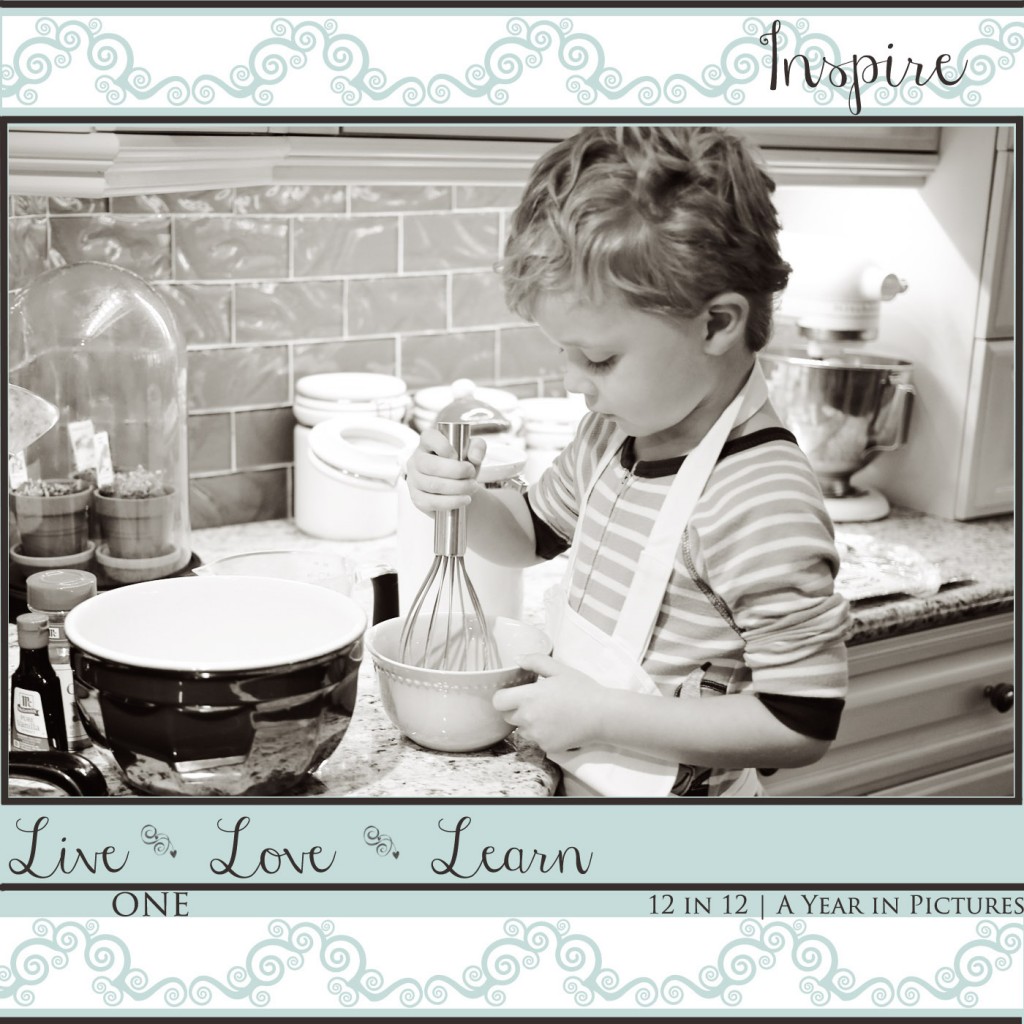 What do you think of the new look?

After I had finished tinkering around on Photoshop, it occurred to me that this new template that I made for this year’s photo project is pretty much a digital representation of my office. I’ll post a picture below so you can see if you agree.

So it took me a long time to figure out what I was going to do. Apparently 12 days of the new year weren’t enough so I started off a day late but I guess that’s par for the course. Last year I focused on life through the eyes of my children. This year my focus is going to be on what we teach each other as a family. It’s a pretty simple topic yes, but when it came to me it had that feeling of being *perfect*. Last year I was mostly a mom and only a mom, this year I am once again a mom and a teacher. And there is oh so much we all learn from each other.

This picture was taken on New Year’s Day. A decided to make my favorite breakfast– crepes– and Andrew decided he wanted to help. Sometimes kids help in a way that is not at all helpful and had he asked me to help I probably would have told him no but that’s the lesson I learned here. It’s okay to make a mess! And for that matter, he did a fantastic job and hardly made any mess at all.

They both inspire me every day. That’s the purpose of making resolutions isn’t it? To try to make yourself into a better person or, as I like to think of it, to bring out the positive qualities from within yourself and work on the negatives. They inspire me to be more patient and more focused on the present. The experiences we have now, small though they may be, are the fuel for our lives. They are what keep us going day after day.

As promised (more to myself than anyone else) I want to do an accountability update. It has only been 13 days into the new year but I’m proud to report I’ve already read 2 books towards my goal of 40!! I also told my students about my goal and they were pretty shocked at my number. My students are really enthusiastic readers and for that I am grateful. We use a reading incentive program called Scholastic Reading Counts (SRC– which is like AR) the students have a goal of 10 points per quarter but I upped the ante almost to a ridiculous extreme. I told them that I would work on reading 40 books and I wanted THEM in return, to raise their goal for the year from 40 points to 100 points!! I wasn’t sure how they would react but they were actually really excited! I also told them I’d throw them a massive party at the end of the year with whatever food and activities they wanted (within reason) and they were thrilled about that too! So we are a bunch of book worms these days! I also decided my last sewing project will be throw pillows for the playroom. I have the fabric but no idea where to start on even something as simple as a pillow. I’ll get to that sooner than later though. 🙂

Books Read in 2013
Something Blue by Emily Giffin

You are Not So Smart by David McRaney

A Picture of my Office– kinda similar no? 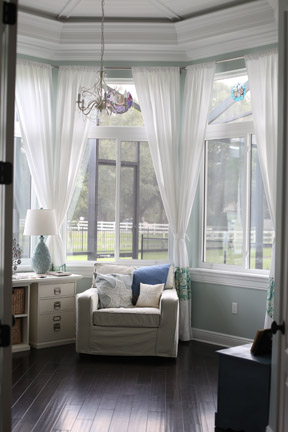