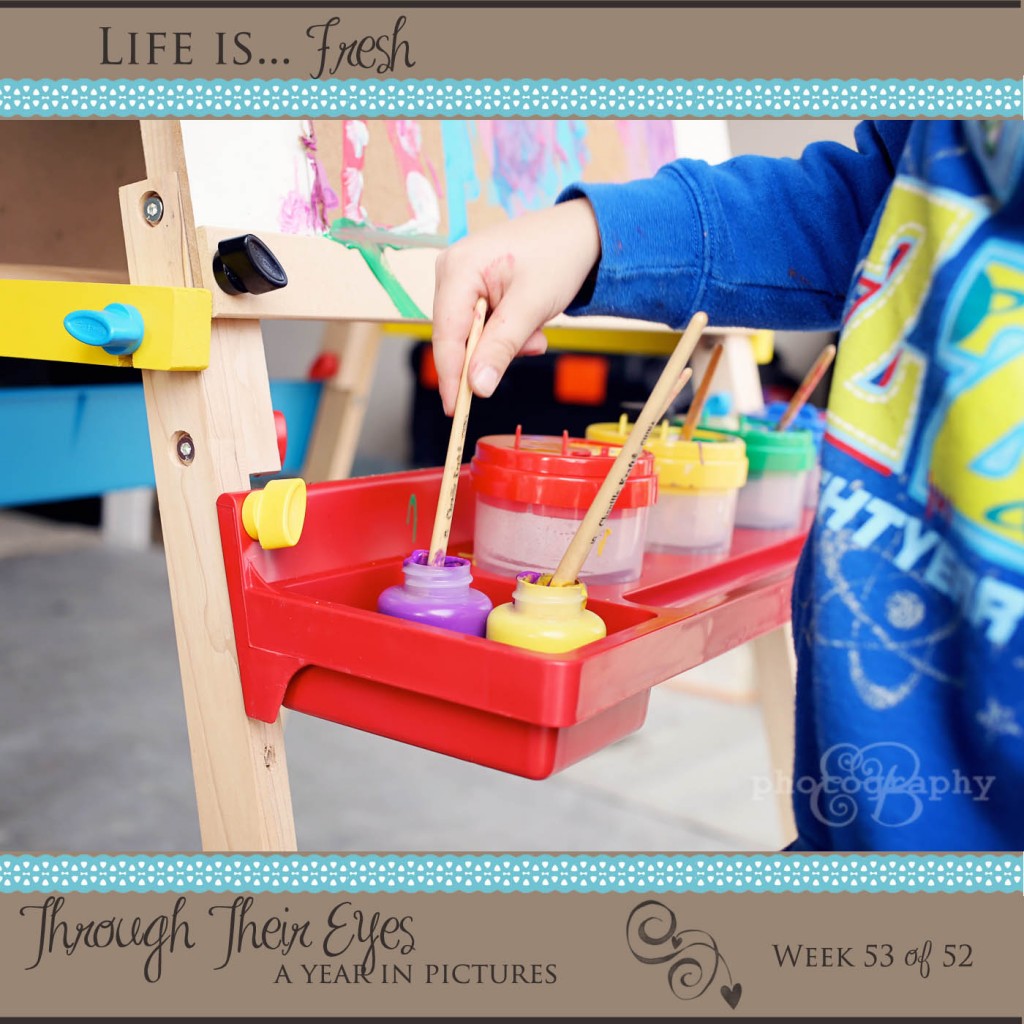 Just before Thanksgiving is when I start getting my shopping list in order for Christmas. I asked Andrew on the way home from school one day what he wanted Santa to bring him. He pondered thoughtfully for a few minutes and decided he didn’t know. I was a little surprised by this but asked him to think about it.

A few days later it was clear to me that he was indeed thinking about it. “Mommy,” he started, “I think I know what I want Santa to bring me. An easel like for painting.”

I reminded him that we have an easel (a very used condition $3 yard sale find).

So I told him I thought that was a good choice and later that night started doing my research. I ended up getting him a Melissa and Doug brand one on Black Friday at Kohls which, after coupons, came to $22! Score! But I foolishly thought his mind wouldn’t change. Not a week before Christmas he jumps in the car after school and excitedly informs me that they wrote letters to Santa in class. I got that nervous feeling in the pit of my stomach. “Yeah, what did you ask Santa for?” (please say an easel, please say an easel)

“I told him I want a Sandbox”

Teachers, can we please do letters to Santa before Thanksgiving? That was my first thought. My second thought was I hate freakin’ sandboxes and I’m not getting one for him regardless. Ugg!

I debated for days on what to do. I finally told him that even though Santa brings gifts, he has to clear it with Mommy and Daddy first and that I told Santa no sandbox. He was disappointed but seemed relatively okay with it. I decided that in life we don’t always get what we want. Besides I had a nice easel waiting for him.

Cut to Christmas morning when all thoughts of the Sandbox were completely out of his mind. He was THRILLED with his new easel and so am I. A couple days after Christmas, once things had settled down a bit, Daddy put it together for him and Picasso got started. Out of the context of his classroom in which he always paints “Rollercoasters” (ie: a bunch of paint scribble) he actually impressed me with his painting and as I was snapping away pictures it occurred to me what a perfect metaphor the whole situation is for life, especially in the new year.

We spent the last year with a lot of hopes and prayers, the same way we will start this new year. And as this year draws to a close in a few hours we can reflect and see that we didn’t always get everything we had hoped for but we do get SOME of the things that we hope for and I don’t just mean in the physical sense. We don’t know what the new year has in store for us but we have a blank canvas just waiting to be painted and explored. We have so many new opportunities to do good things with our lives, no matter what life may bring.