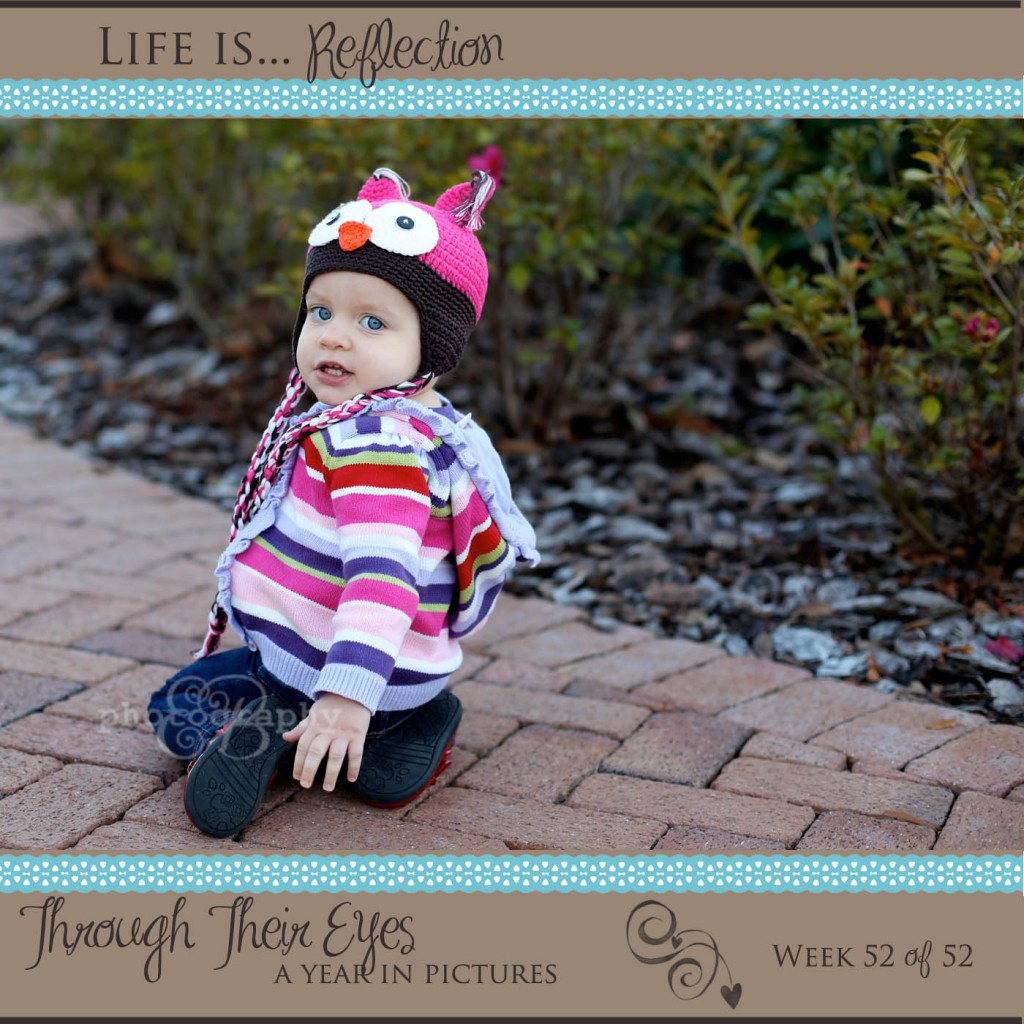 This time last year I was preparing to embark on a journey with my church choir to Italy. A trip I was both thrilled and terrified to take. It ended up being one of the most amazing experiences of my life.

The year continued, full speed ahead, with a rapidly developing little girl and little boy- Andrew learning things in school I never imagined him knowing at 3 and Allison going from rolling one day to getting into a sitting position and to a crawling position and crawling the next. I watched it happen before my eyes. So lucky are the times as parents we get to see things happen for the first time. I got to see a lot of firsts.

Before Easter, I got to be in a musical that my church presented. I had a small part, not that I minded, I was happy to be a part of it. Some day I’m convinced that at least one (maybe more) of the people I got to sing with will be famous and I’ll get to say I was once a part of a musical with them.

We enjoyed a wonderful trip to Disney World and then, a month later, an incredible trip to Sanibel Island. Andrew finished his first year of preschool having only missed 3 days (and only one for being sick!) Which I think has got to be some sort of record!

This year also brought a lot of frustration with the construction of our new house. Delay after delay after delay. A near knock down drag out war between us and the home owner’s association over our solar panels (which by the way, we totally have the law on our side). I had planned Allison’s baptism for July 14th thinking I’d have several weeks of time to get the new house ready. Instead I got 7 days that passed in a blur of aches and adrenaline. We participated in a documentary about living in a zero energy home and I decided that while I’m comfortable singing on stage or at church in front of hundreds and hundreds of people, or playing an instrument with a marching band in front of tens of thousands of people, when two guys and a camera come to my house I start blabbering like a fool. Yes, I am not interested in even 15 seconds of fame, that’s for sure!

We did eventually get the house together though and we couldn’t be happier. Despite all the headache it was completely worth it to realize a dream that we started talking about only a few months after we got married. To see hard work actually pay off is a tremendous thing and I know how lucky we are to experience it.

Then A lost his job. And our health insurance.

There were 3 months where we had 2 mortgages, zero income and zero insurance as well as the most credit card debt we had ever had in our lives. Not our brightest hour. Thank the Lord that A’s aptitude and intelligence landed him not one but 3 more jobs pretty quickly and thank the Lord that our bills are mostly paid off once again. I have always felt like I was sensitive to those who were unemployed but once you live it and you see how fast things can go from incredible to awful, you just never lose that. If we hadn’t had savings we would have been moving into a parent’s house, simple as that. We are lucky. I can see how it happens so quickly to some and I wish there was more I could do to fix it.

Off to the races come August– back to work after 14 months off, birthday, birthday party, and another birthday and birthday party all within 8 days of each other. Followed by the first day of school and with it the major stress that comes from major transitions. I had a rough class that left me wondering why on earth I decided to leave my kids each day. By early December I started feeling like things were getting better under control in the classroom.

The last half of the year has been a blur. I am in awe of families that have two working parents and school aged children. I simply cannot comprehend how things get done. I guess my time will come sooner rather than later, to figure out just how it all works. We started looking at schools for Andrew for next year and it’s overwhelming to think about juggling everything. It’s also overwhelming to think that my first baby is starting Kindergarten.

I feel like the year started off so well and on paper it is ending well too despite the difficulties of the summer but the thing is, I feel like so much has changed. My church, especially the choir, has turned upsidedown and I can hardly believe that we lost so much so quickly. My time has been chopped and divided and squeezed as well, especially compared to where the year started. The world has changed not in small subtle ways but in big, drastic, far-reaching ways. The election brought out the worst in a lot of people. The debates of social issues have left me breathlessly angry more than once. I have questioned so many things and I have solidified my ideas on many others. I have tried to remain a good friend to others despite our different views but it is challenging. Challenging but hopefully worth it in the long run.

I’ve done this for many years now, in fact this is the 8th anniversary of Something-Insightful (I go way back to the day when not everyone in the world was a blogger) but this feels the most private to me, the most like a diary entry or a recap for my own personal viewing. I’ve decided to share it anyway because it is what it is. I do know that this will not be my last Project 52 post. I will do one more, a bonus week 53, because it seems wrong to end on such two low notes for the year. So I’ll end this week with this thought:

Life is about reflection but it’s also about what lies ahead. Let’s make it good.