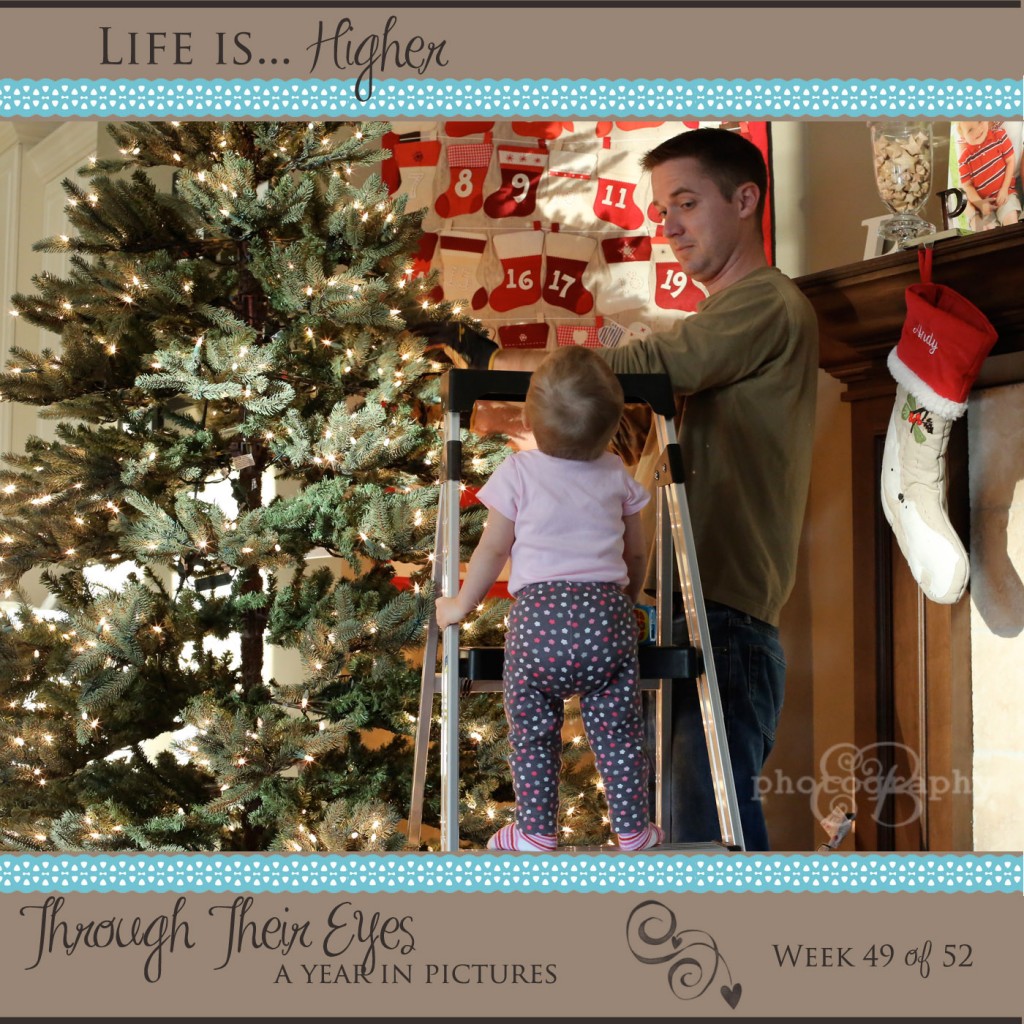 What do you do when your 15 month old starts climbing a ladder that is easily 3 times as tall as she is?

You grab your camera of course!

In all seriousness, you can see how close Daddy is to her, she wasn’t in any real danger, but a certain husband of mine did chuckle a bit that my first thought wasn’t to get her down but to snap a picture or two.

Last week’s picture…. erm, I mean, this week’s delayed picture was called “Determined” which really could have gone for this picture too. Little miss was not happy when she was told she couldn’t stay on the ladder or when we folded it up and put it flat on the ground so she couldn’t climb it any more. She even went as far as to try to lift the very- large- incredibly- heavy- weighs- twice- as- much- as- she- does ladder and set it back up herself. A feat that was roughly equal to Andrew trying to take on the entire Gator’s football team for a quick match up.

But for those brief moments she got to stand at the top she was giddy at her perspective and proud that she got there all by herself.

It might be time to consider re-enrolling my little climber in gymnastics. The ladder was the starting point. She’s been climbing everything else ever since.