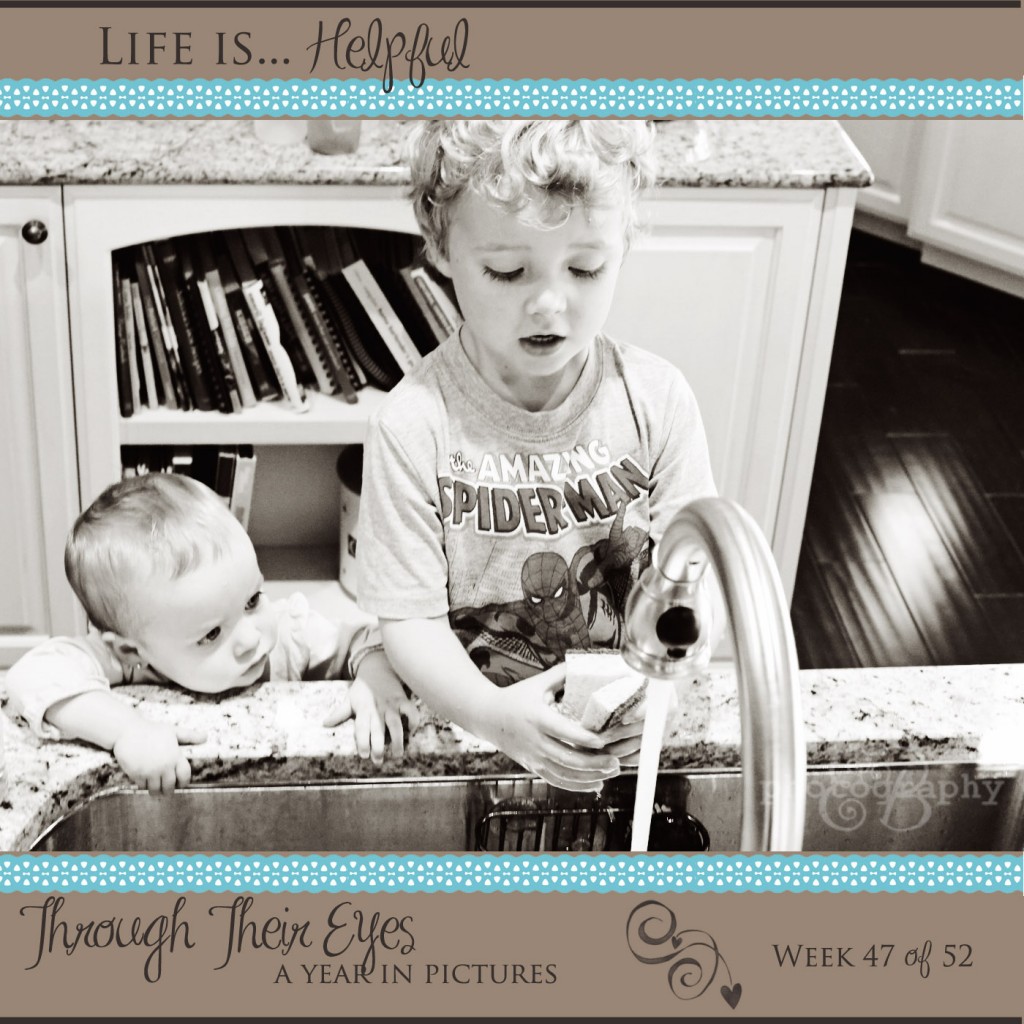 Andrew’s school did a Thanksgiving service project in which each student had to go home and find some sort of helpful chore they could do around the house to earn $0.25. The money was then brought in to school and the class collectively bought turkeys for families who had fallen on hard times. His class actually raised over $50 which is pretty amazing for 20 kids earning a quarter at a time! For the past two weeks he would get home and without prompting, ask what he could do for his quarter. He did all sorts of things– from watering the garden and other plants, folding the laundry, washing the car (we gave him more than a quarter for that one), and even making breakfast for the family. I’ve never seen him so anxious to help. Well the service project is now over but yesterday he wanted to know how he could keep earning money. Now, we have no intention of giving him an allowance at his age and really, when the time comes, I’m not entirely sure how I feel about giving him an allowance at all unless it’s to earn money for doing things above and beyond what is expected of someone living in this house. But he asked if he could earn money. On a whim I told him, sure you can earn money to put in the basket at church. And he was ecstatic! I figure when he’s older he will probably not be as keen to work for money he then gives away but for now I’m touched that he was so enthusiastic about donating his money.

Andrew was washing sweet potatoes that we ate for dinner and Allison “helped”. A is in the background cooking the rest of the meal and me? I’m standing on a chair (“Mommy you shouldn’t stand on chairs!”) trying to capture the moment.