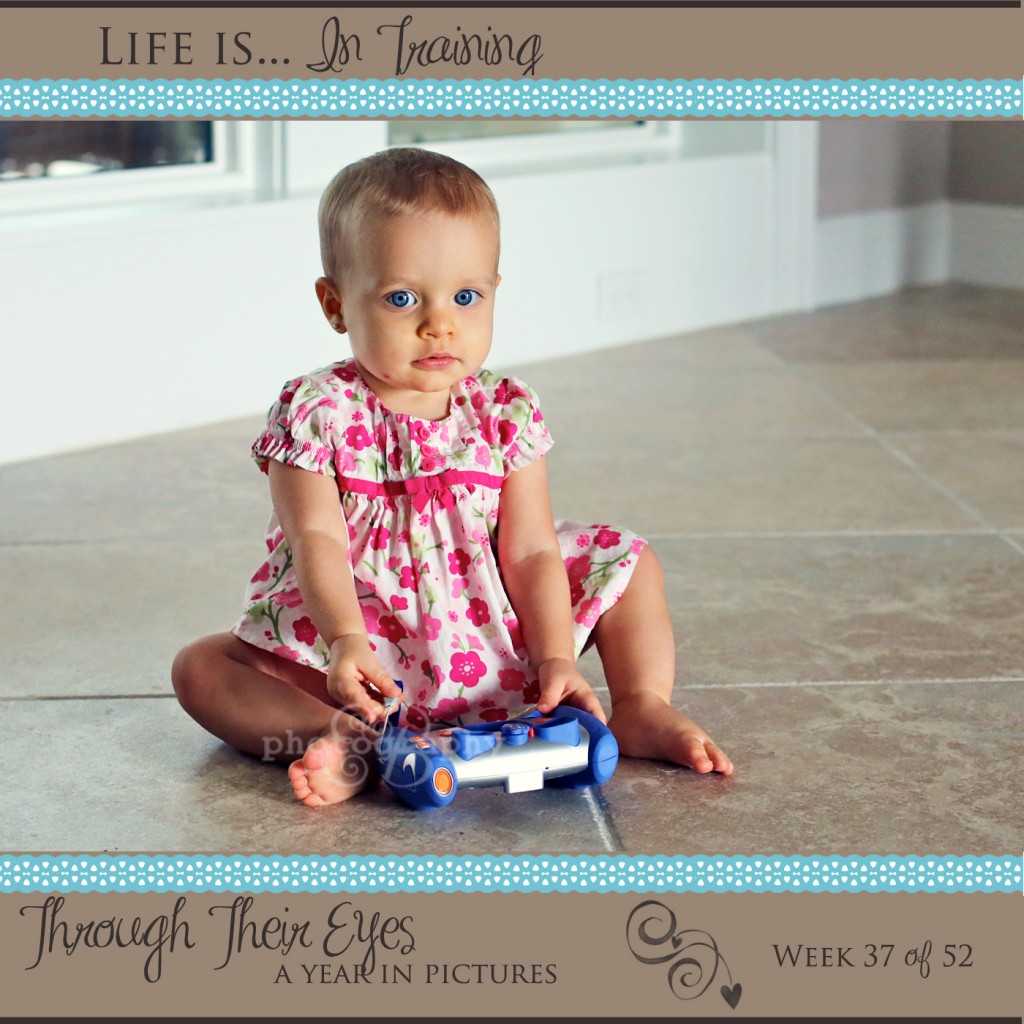 Can you even imagine how happy this makes me? BOTH of my kids think cameras are cool! So cool in fact that in an entire bucket of dumped out toys, Allison went for Andrew’s digital camera and only the camera. Imitation is the greatest form of flattery right? Well I’m in cloud nine!

May I add that it’s a darn good thing this V-Tech camera is rugged? I think she dropped it a good 3-4 times before I finally decided I needed to take it away. Good stuff! I’ve never downloaded the pictures off this one so I can’t tell you about the quality. It is a $75 camera though so probably not Canon quality!

In other news, Andrew has 5 days of PK4 under his belt and is barely recognizable. Mimi (my mom) saw him Friday and asked what had happened to him? It’s not like he acted like a 4 year old before but now he’s, I don’t even know if I can point an age to it. Mature beyond his years without a doubt. Bittersweet but awesome at the same time. His teacher told us at open house that she doesn’t really do preschool as much as just starts right in with Kindergarten. I am glad to know he will be well prepared for next year. I wouldn’t mind if my little boy would stick around a little longer though.

We are working out the kinks of this 2 working parent thing. It has its challenges but in the end you do what you have to do.