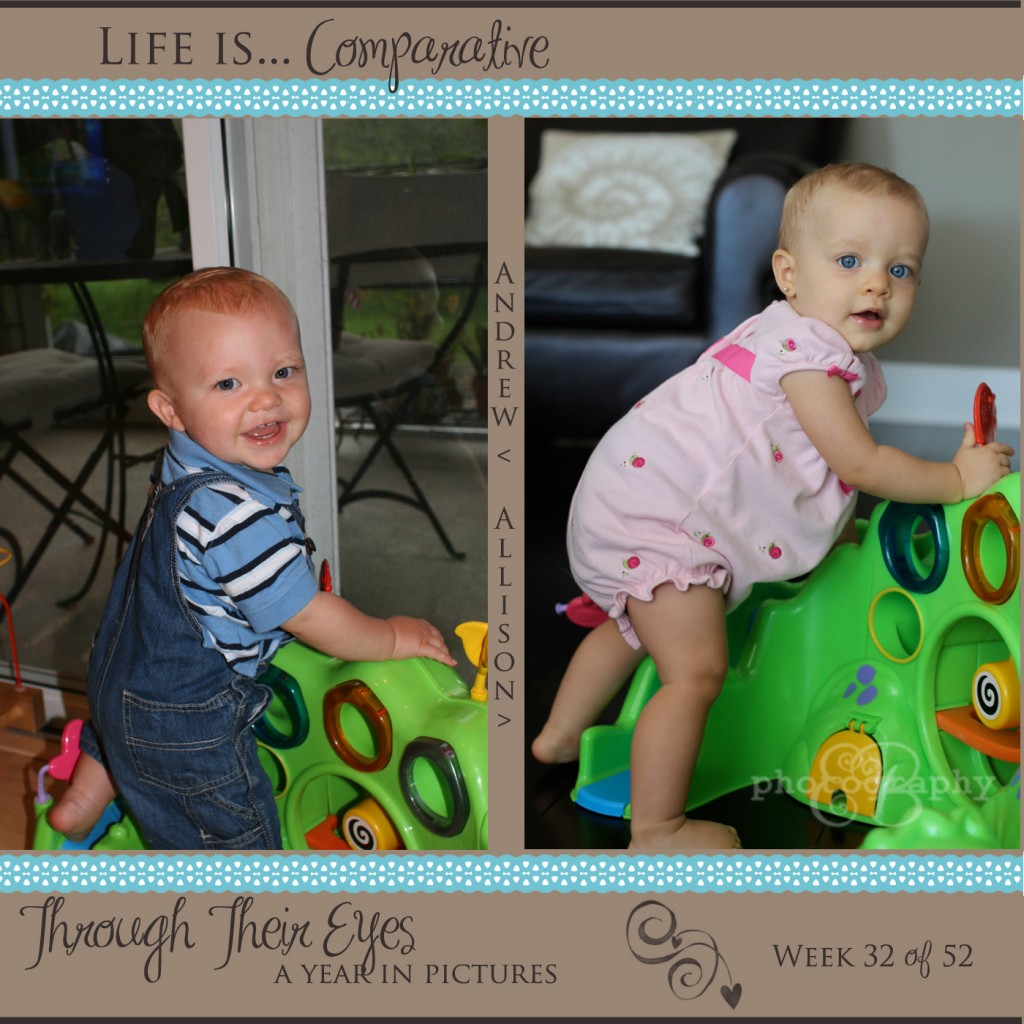 In the Fall of 2001, I took a class in college called Comparative Psychology. It’s funny how little bits of the things I learned in school come back to me at random times. Sometimes I remember tid bits from elementary school or grad school but mostly it’s the in between times. That fall, most things were over shadowed by that one terrible event (that actually took place while I was sitting in that class). But I do remember a lot. It was an exploration of human and animal behavior. Essentially teaching us humans what we can learn about ourselves by studying the behavior of animals. Absolutely fascinating! But one of the other important things I took from that class is that the human desire to compare is natural and much though teachers and parents talk about NOT comparing children, it’s absolutely impossible to do.

My children share so much in common. Obviously, their parents and relatives but many of their life experiences have been shared too. They know the same church, the same circle of friends, we frequent the same places. They share the same toys and even at some points, the same clothes handed down. They share the same month of their birth which makes it very easy to recall certain milestones from one child to the next. Andrew stood unassisted for the first time on the 4th of July 2009. Allison took her first step on the 4th of July 2012. Things like that stand out in my mind. For better or for worse we compare.

I love this picture because with so many similarities, it allows me to see their individual personalities shine through. It reminds me of how they are so much alike and what makes them different. And on a more inconsequential or even vain level, it allows me to see how my photography has changed though it’s fairly clear my style is still my style.

Andrew and Allison both love this dinosaur toy that was given to us by our dear friend after her son outgrew it. More than just putting the balls through the holes, they like to climb on and “ride” the dinosaur. But when I look at the two pictures I see Andrew’s face saying “Look at me, I’m a ham, I’m going to use this thing to get into as much trouble as possible!!” And I see Allison’s face saying “Don’t mind me, I’m just going to push this over there, stand on it and use it to get the remote so I can eat it, please leave me alone!” Such different personalities my two! 🙂 I also see, despite being almost exactly the same age in these pictures, Andrew is wearing size 18 months and Allison size 3-6 months. One thing they do not share in common is their size!

See a little comparison doesn’t really hurt anything or anyone, in fact I think it helps us learn and understand each other and our relationships to one another. I love them differently but equally with every ounce of my being and in the end that’s the only thing that matters.

What about you? Do you compare your children? What thoughts do you have when you do?