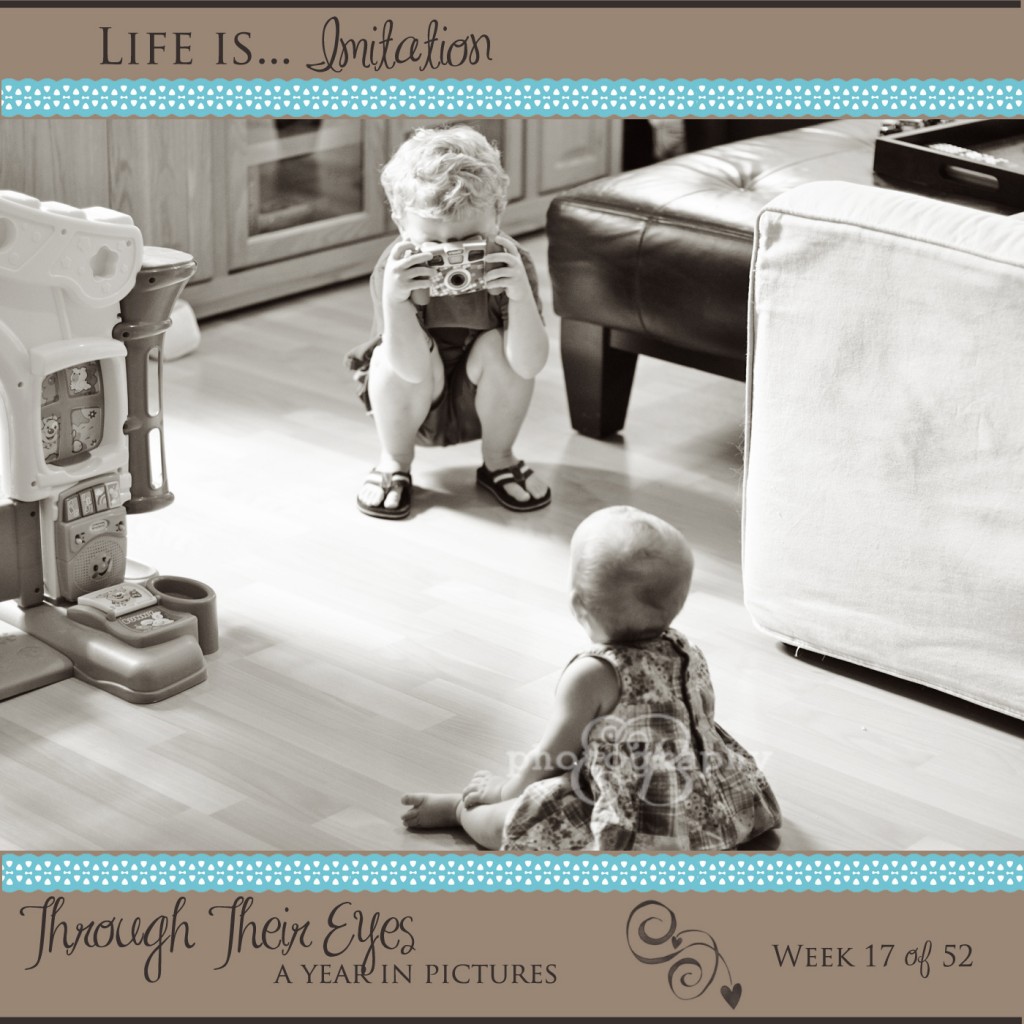 Imitation is the most sincere form of flattery, right? I know some people strongly disagree with this and can’t stand being copied but my little photo bug in training whips out his camera to photograph his favorite subjects– his cars or his sister– and I couldn’t be happier!

Even sweeter is watching her sit still and actually LET him take her picture rather than crawling off like she does when I try to get a quick snapshot.

And speaking of cameras…

This week I ordered the brand new Canon 5D Mark III. I have been saving up for a long time and my birthday (on Tuesday) will put me over the top. So with shaking hands, I placed the order. It is, of course, backordered until further notice but I’ll get it eventually. And despite saving and planning and waiting and researching and all that I still got to where I questioned whether or not I really wanted to spend the money. I don’t do this for a living but it’s more of a passion and has been for a long time. But that still didn’t really justify the cost. Then it hit me. What I actually bought was a camera that will (hopefully) see the world the way I see it and allow me to capture what I see in my mind, not just whatever the finicky camera software thinks I see. When the kids are grown and moved out, when I’m retired and old and gray what will I have left but the memories? So that’s what I’m getting– a means of capturing those memories. Pretty priceless if you ask me. Pictures do more than capture one moment in time. They capture one’s life story. And with any luck, my own passion just got handed off to the next generation. He will keep telling our story and grasping those moments, that way we will always remember.