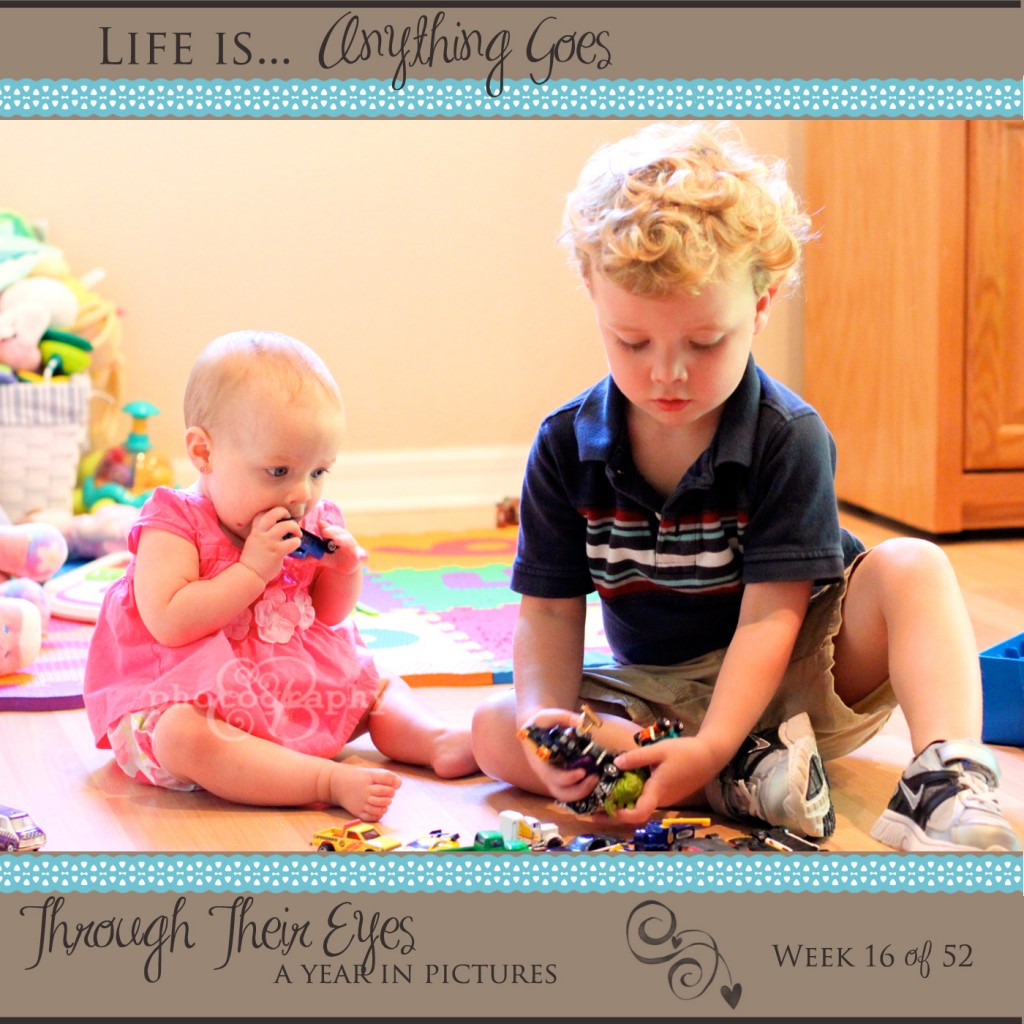 Such a wannabe taboo subject for children. You find parents are either one way or the other- either they discourage play with toys designated for the opposite gender or they embrace it. There is little in-between. I count myself among the latter. I could not be less concerned with which toys my children decide to play with.

A couple weeks ago when Andrew’s favorite toy of the week was a small Tinkerbell figurine (“because she has pretty wings”) I was all for it. And when, over the past week and a half, Allison decided that she loves cars more than any other toy in this house I was secretly elated. I was not a girly girl myself. One of my favorite toys growing up was a firetruck. Barbies brought on a sense of disgust. Andrew even gave Allison one of his beloved vehicles to be hers and hers alone. He did pick a purple one though 😉

At the end of the day this isn’t about gender specific or nonspecific toys. Anything goes in our family. This is about my two children playing together, really together. I remember when I was trying to get pregnant with Allison and hearing other people talk about how they wanted a sister for their daughter or a brother for their son and I wondered if for some reason sisters and brothers didn’t play together. Well let me assure you, they do! And there are few things more precious than watching them play. Next week Andrew goes back to school. Spring break is over. I’m going to miss my big boy around the house and for the first time in her life thus far, I know Allison will miss him too, not just as her big bro but as her playmate.