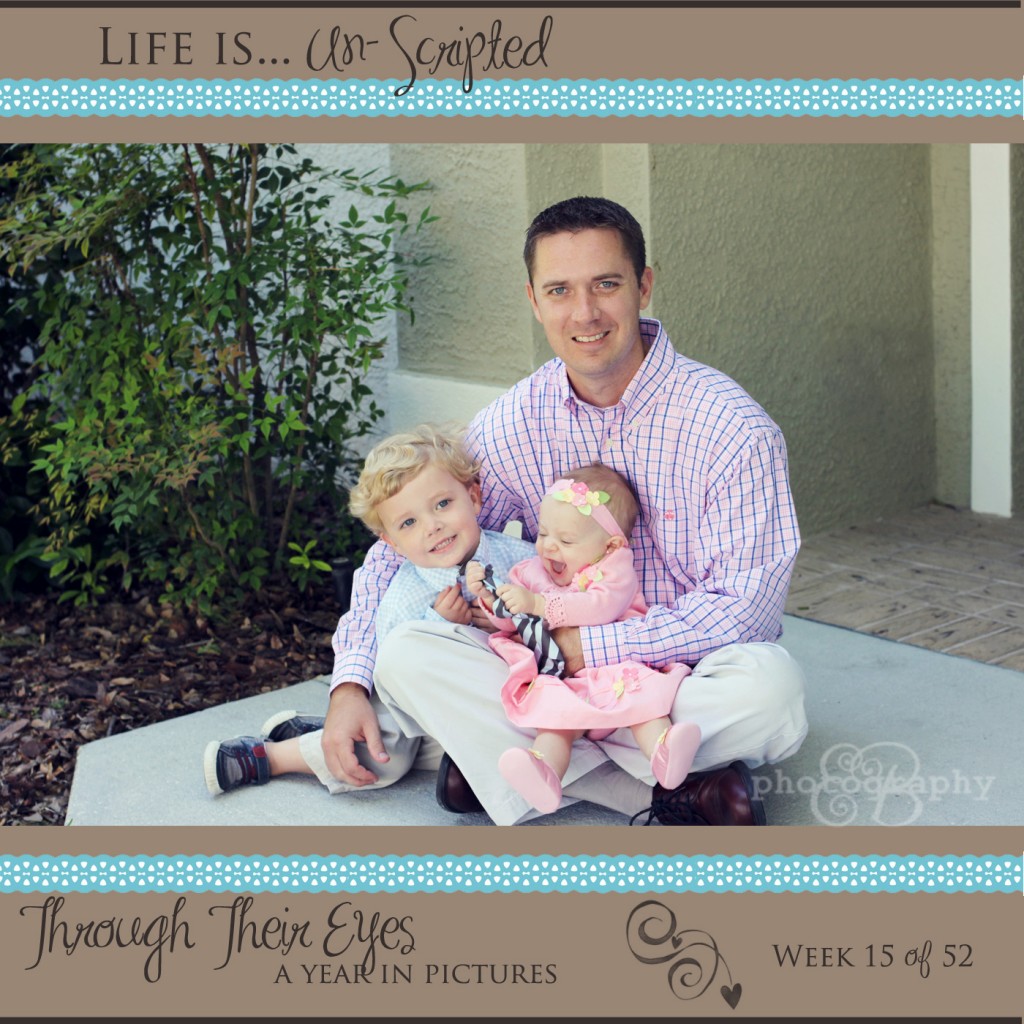 Well this may look a little different than usual. I typically try not to use posed photos for this project because that would be through my eyes and not my kids’ which is the point. But I took around 300 pictures this week and this is the one I kept returning to because it made me laugh so much. Yes, I was trying to get a nice Easter portrait of the three people I love most in this world. And as such I planned the outfits, the location (to some extent, we are rather limited at this house) and the pose itself. And like many things I’ve planned, the outcome was different than expected. But that’s okay because this one made me laugh and this one is one I’ll remember because it shows Allison’s personality so perfectly.

We have handsome hubby smiling nicely. We have Andrew, not looking directly at the camera like I wanted but still looking quite dashing. Then we have Allison who is maniacally laughing as she attempts to strangle her brother!

No she’s not a demon child as I sometimes joke. She’s just got a very feisty personality at times and she wants what she wants and she saw that beautiful striped tie inviting her to yank! Forget you and your silly pictures, Mommy, this is much more fun!! She’s always been one to make her own plans from well, the moment of her existence.

It just goes to show how once you become a parent, no even before that, once you even start thinking about becoming a parent you realize you’re just along for the ride! You are no longer in control. Even something as simple as a photograph isn’t going to be quite how you planned it to be. But more often than not the lesson we learn is to look deeper and find that just below the surface is something even better.

A very blessed Easter to all of you!