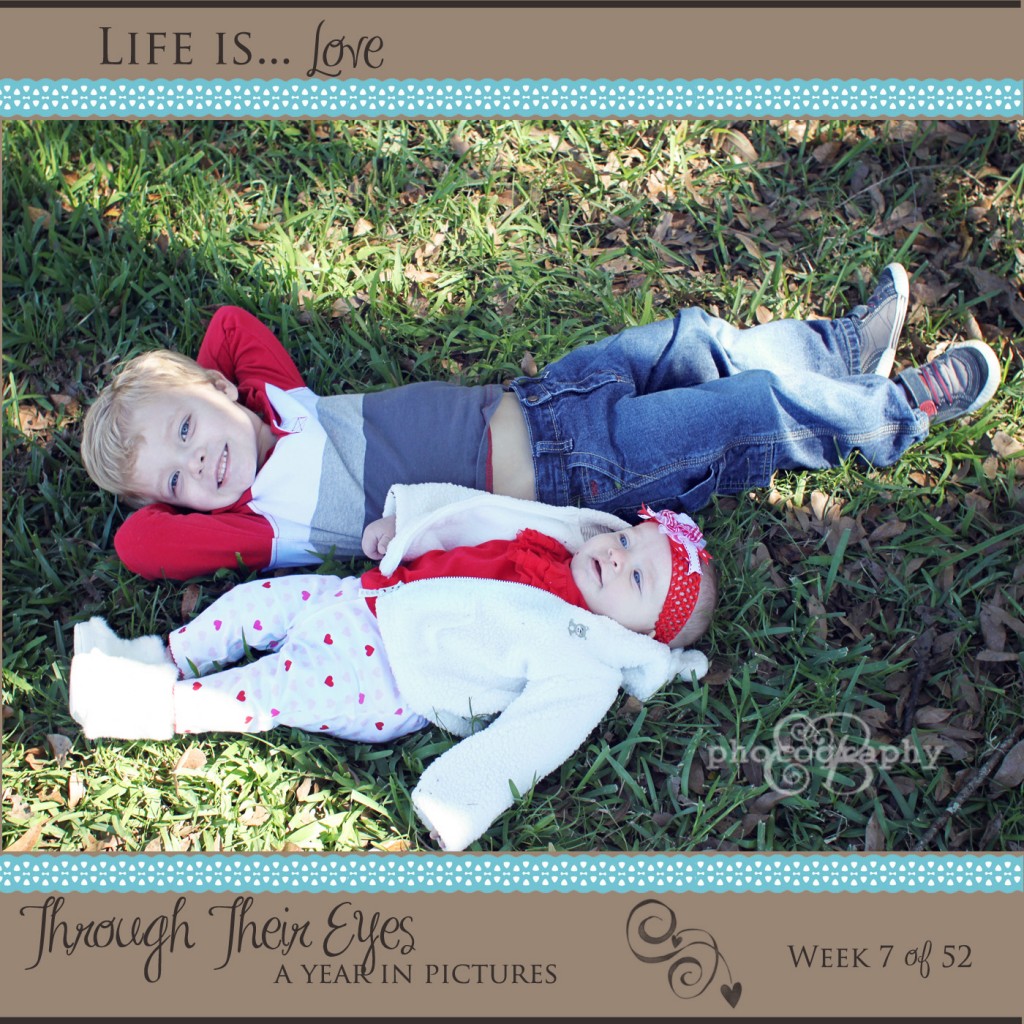 The other day, the four of us arrived home. Allison was sleeping in her carseat and Andrew went immediately to start playing with some toys. A and I went upstairs to put things away. Now let me be clear, I trust Andrew to be alone with his sister. No I would never leave him alone with her for an extended period of time (say, more than 5 minutes) but with her sleeping and him playing I wasn’t concerned. Next thing we know Allison is shrieking in pain. I’m sure our feet didn’t touch the stairs as we raced as quickly as possible to see what on earth had happened to our baby girl.

A rushed to unstrap her as I made it down the stairs a few steps behind him. There were no visible signs of injury, no blood, no marks, just a screaming infant and a crumpled heap of Andrew, sobbing on the floor. This is where confusion clouded my mind. What could he have done to her? The thought was so shocking I couldn’t stand it. I had to get to the bottom of it right away.

I paused to gather my thoughts. I could barely believe what I was hearing. My loving son who has never willfully hurt anyone in his life had throw a toy at his sister.

Again I paused. “Was it an accident?”

“Did you mean to throw it at her?”

Now my mind races in the other direction. How do I punish him for this? Take away his Cars, or maybe his LeapPad. Is a time out enough? How will I express to him that he can’t hurt people, especially small helpless babies. I felt like crying myself. I just felt so confused. Why?

Oh. I understand. He wanted to play catch with her. He didn’t realize she wouldn’t know to hold her hands up to catch the toy or ya, know, block her face. I forget sometimes that he’s only three.

By this point, Allison was completely calm and giggling again. Andrew, still teary, got up and told her he was sorry and kissed her on the arms and legs. She playfully pulled his hair. And after a chaotic 3 minutes, all was right with the world once again.

I guess this might seem like a strange story to explain the love between brother and sister but every time I think about it I feel a sense of gratitude for what they have in each other. His response to knowing he hurt her was utter devastation. His apology was both unprovoked and sincere. And her smiles and quick forgiveness helped him know that his sweet baby sister still very much loves him.

A lot of people really hate valentines day, I am not a fan of it myself. But if we are going to celebrate anything let’s celebrate real love. Not what you find in a box of candies or a bouquet of roses but the love you find in those who know you best and who would do anything in the world for you: the love of family.