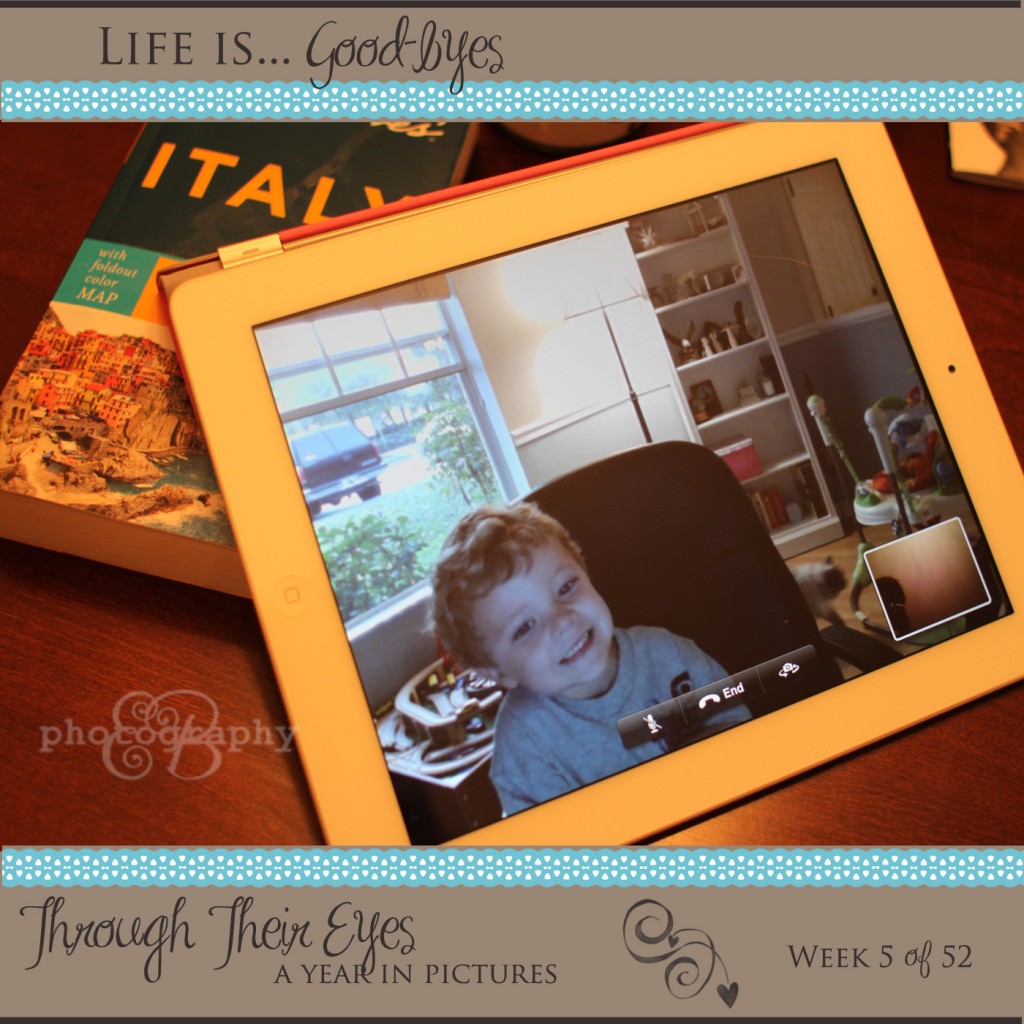 I look at this picture and admittedly the quality is pretty poor. But I think about this picture from everything else but a photographic stand point and it’s one of my favorites. There I was, in one of the most beautiful, spiritual, and ancient cities in the world and it was incredible. I mean honestly people keep asking me how it was and I find myself running out of superlatives to describe it. Yet there was one highlight to every day I was there and that was my few minutes of FaceTime with my family back home. Steve Jobs, thank you endlessly for the iPad! Where was it when I had a frequently TDY/Deployed husband?! Ha!

I waited until 9pm Rome time, which was around 3pm Eastern. I knew Andrew would be home from school by then. I would feel my heart leap the moment I saw their faces on the screen and more than once I got teary-eyed. Then came predictable question number one- “Did you find Francesco for me?” Moms of boys probably know that Francesco is the Italian race car from the movie Cars 2. Once Daddy told him that I was going to the place where Francesco lived, it became my sole mission to find him and not let down my favorite little boy in the world. (I did end up finding a little Francesco car, packaged with Lightning McQueen and priced about 18 times what I would have paid for it had I simply picked one up at Target.) Predictable question number two- “Where’s Italy?” I’m still not sure he fully understands the concept of my traveling. He was convinced Italy was a thing to be seen, not a place to visit. I held up my iPad each night to let him look out the windows of the hotel but for all he was able to see I may as well have been sitting across the street from our house.

Then he told me about school, assured me he was feeding the cats every morning, making Allison laugh, and being Daddy’s “Super Helper”. The hardest part each night was saying good-bye. Again.

But despite the good-byes, the crowded and noisy lobby and flaky internet, every night I got to experience my little piece of home close to 5000 miles away. I guess you could say this week’s photo is about life through my eyes. Thank you, iPad for being my little window to the part of the world that means the most to me.